The cantilever capacity guide will assist you in evenly distributing your load, determining cantilever arm and column capacities, ascertaining column load distribution, and establishing a maximum distance between columns. 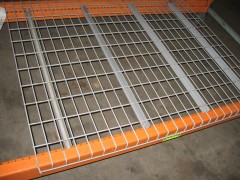 A. Evenly Distributed Loading
Loads must be evenly distributed in order to attain the capacities listed.
An uneven load reduces the capacity by 50%.

Floor Anchors must be used in all base and column “anchor holes” to attain capacities.
Type of floor anchors required is determined by slab construction and therefore must be determined by customer’s engineer.

Each cantilever arm can support 2,000 pounds*.
In diagram 1, if the load spanned the entire horizontal length of the cantilever section, the arms could support a load weighing up to 8,000 pounds. (load supported by 4 arms x 2,000 pounds per arm = 8,000 pounds)

It is necessary to consider column capacities as well as arm capacities in order to prevent overloading cantilever rack.

Determine the weight being stored on each of the 3 columns.
Step 1. Divide the total load weight by the number of columns supporting the load.
Step 2. Add the weight of any loads which are only supported by one column. (yellow loads) 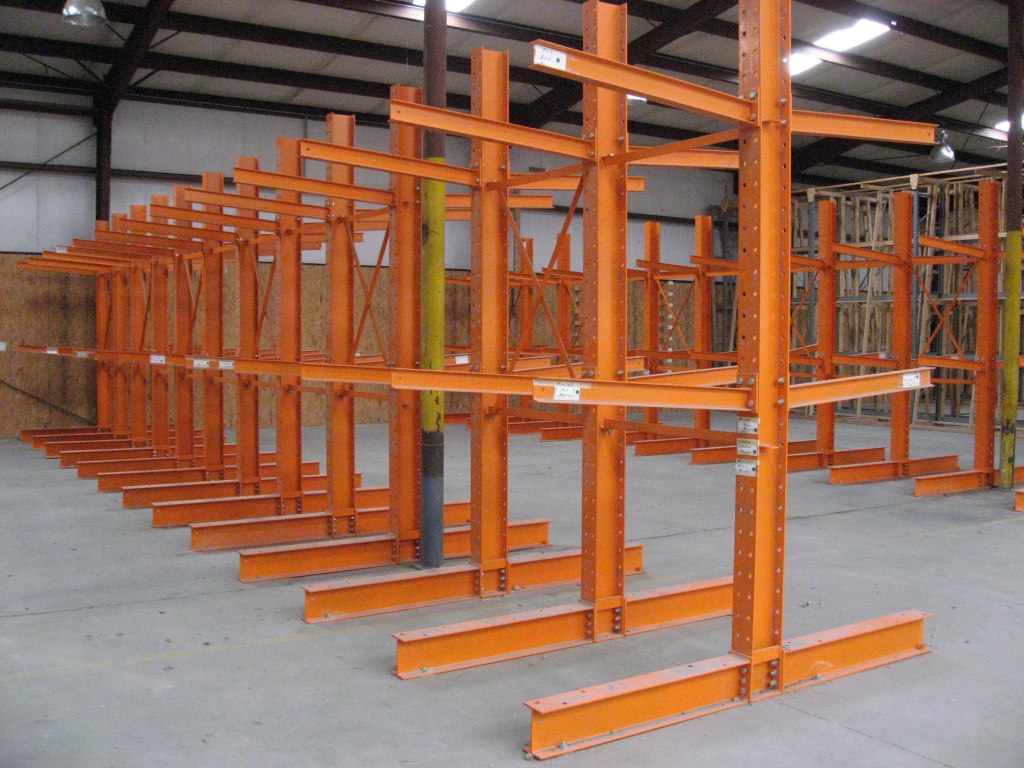 Loads which are stored on the base (not on the arm) are not
supported by the column. Therefore, “base loads” should not
be considered when determining column capacity.

E. Determining Maximum Distance Between Columns
Distance between columns (bracing size, see diagram 4) should not exceed a dimension equal to:

Length of the load divided by
Total # of Columns

In Diagram 4, the distance between the columns must not exceed:

Distance Between Columns may not exceed 7 1/2 feet. 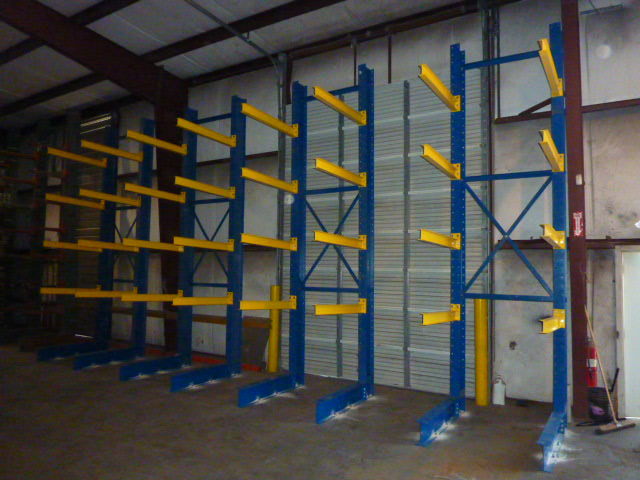